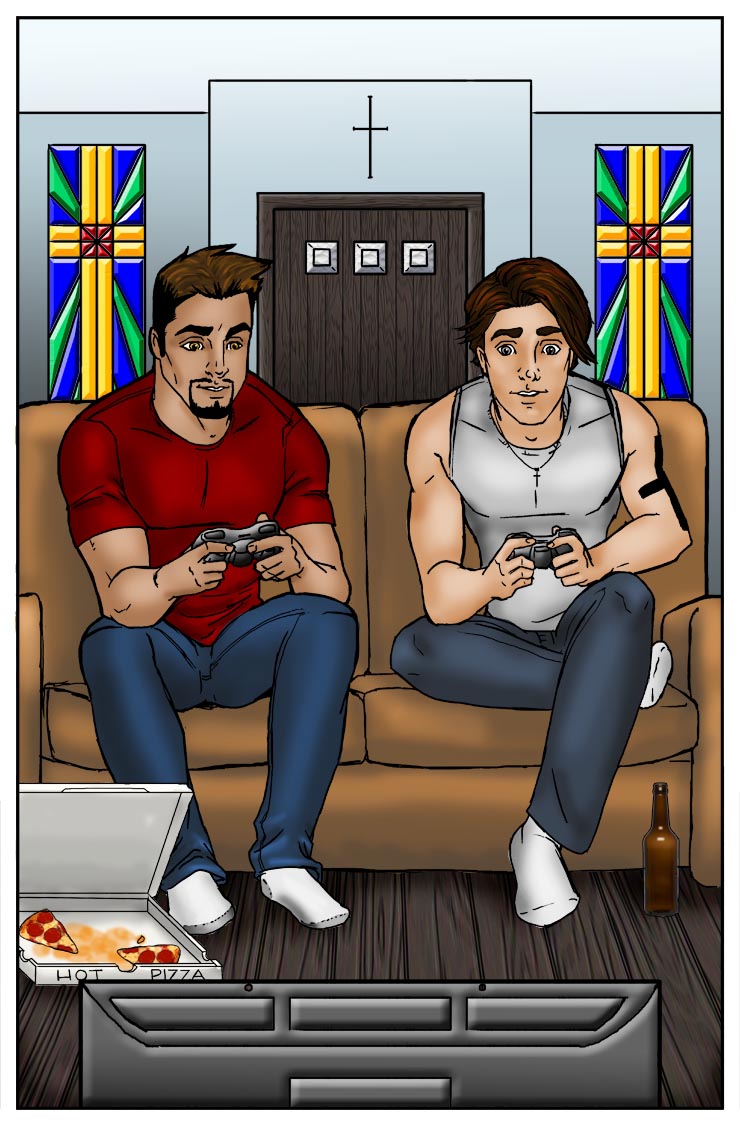 Isauro has lived with Mark since shortly after arriving in Metro City.  His housing and cover job were arranged by the Villain Agency, though they don’t know that Mark knows about his situation.  In fact, Isauro doesn’t know how Mark knows all the things he knows.  When asked why he would allow him to live in the rectory (not to mention work in a school) knowing what he does, Mark would only smile in a maddeningly patient way and say that Isauro needed a home, and a job, and he had a home and a job to offer.

They became friends right away, and quickly grew very close.  For Isauro, who went from orphanage to prison to military to villainy, Mark is the closest thing to a family he has ever had.